Waste and its recycling

According to the European Foundry Association, the industry of transformation of zamak alloys generates in Europe approximately 1 million tons of waste, mainly in form of sludge from vibration and slag from smelting. This waste is deposited in controlled landfill sites with the subsequent environmental impact (generation of leachate), missing its mineral resources. This waste has a variable content of metallic zinc (the fourth worldwide exported metal) that can be valorised in zinc oxide (ZnO) form. Consequently, the potential use of resources contained in it is currently wasted.

Currently, 30 % of the zinc consumed is obtained from recycling and the rest from mineral deposits..

The recycling and valorisation of waste coming from the non-ferrous metal transformation industry is employed since its beginning to obtain lower quality ingots. Nevertheless, in its processing harmful atmospheric emissions are generated, which constitutes its main con. On the other side, it is worthwhile depositing this waste in controlled landfill sites, as its valorisation process has not been developed at industrial scale.

Consequently, the GREENZO project has been conceived with the aim of building a compact plasma pilot plant that permits obtaining ZnO at industrial level with this residual origin.

Estimations carried out for the project show that issued waste could be reduced up to 425 000 tons/year, which exceeds in around 100 000 tons the waste production issued in Spain.

ZnO is a chemical compound that can only be obtained from zincite, a natural mineral. Zincite is the mineral form of ZnO, which contains up to 80 % of ZnO and presents as possible pollutants iron and manganese. ZnO can be obtained through diverse industrial processes although currently its production is mainly made from metallic zinc. Its purity and quality depend on the methodology used for its production (piro-metallurgic and hidro-metallurgic processes).

According to the International Zinc Association, the worldwide consumption of ZnO is estimated in more than 1.2 million tons per year, while the European consumption is approximately 300 000 tons. 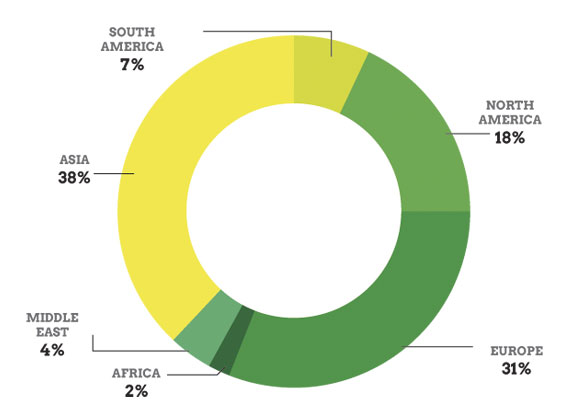 In the rubber / EVA transformation scope an average of 40 tons per year of ZnO are used. Additionally, catalysers are used in more than 90 % of the chemical products manufacture and in more than 20 % of all industrial products. This is meaningful and indicative of the socio-economical impact that the outputs of this project can reach. 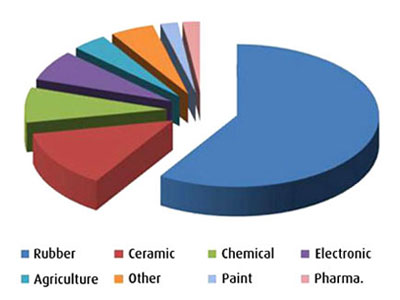